Did you know that diamonds were initially discovered in India nearly 2,400 years ago? The stone many find absolutely irresistible is actually billions of years old, and in a world where so many are questioning whether this stone matters, understanding diamond mining history and its future is critically important. 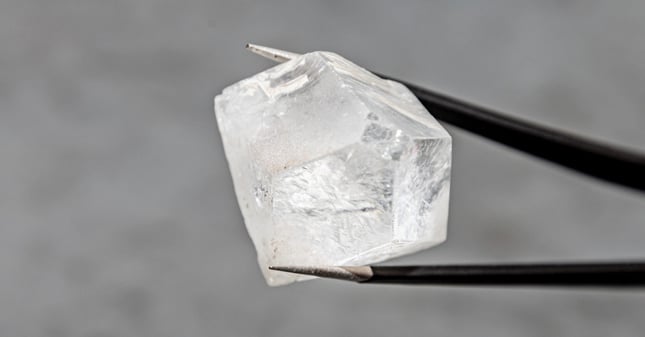 What is a Diamond?

The term “diamond” is derived from the Greek word “Adamas,” meaning “unconquerable.” But this beautiful stone has many other enduring, and endearing, features, such as romance, love, and durability.  Perhaps the original term comes from the fact that chemically speaking, diamonds are just the solid form of carbon. They’re the defining mineral on the Mohs hardness scale. That means that essentially, diamonds are the hardest substance on earth. The fact that they’re often colorless, too, means they’ve been attractive from the moment they were discovered.

Where are Diamonds Found?

Diamonds were initially discovered in India, but when those early sources disappeared, miners started to look elsewhere. In the early 1700s, a very small deposit of diamonds was found in Brazil, but this source was soon depleted, too, leaving other miners searching for potential sources.

In 1866, while exploring the banks of the Orange River in South Africa, 15-year-old Erasmus Jacobs discovered a huge diamond, which he initially thought was a pebble. More digging started in that area and soon more diamonds were found.

This led to a rush of diamond prospectors who developed the first large-scale mining operation, which later became known as the Kimberley Mine. This mine greatly increased the world’s supply of diamonds, but the mass production also led to a drop in the price of diamonds.

In the late 19th century, diamonds were no longer considered rare and even ranked behind rubies, emeralds, and sapphires in value. To control the supply of diamonds, Cecil Rhodes formed the De Beers Consolidated Mines but still, the demand for this stone was low. By the beginning of the 20th century, diamonds were again the most expensive stone in the world and the demand was at an all-time high.

Today, about 50% of diamonds come from South and Central Africa and the rest come from India, Canada, Australia, Russia, and Brazil. In the United States, diamonds are found in Colorado, Arkansas, Montana, New Mexico, and Wyoming.

A Look Toward The Future

Over the past ten years, the diamond industry has worked hard to create sustainable practices. In 2005, the United Nations took steps to establish the Responsible Jewelry Council, the first step towards ethical business practices and standards in the diamond mining industry. The Kimberley Process was created to encourage ethically sourced diamonds, and many companies are now looking toward environmentally friendlier processes to help ensure diamond mining in the future is safe and sustainable. Smaller mining operations are getting involved, and consumers are becoming activists to help the industry rejuvenate and create beautiful stones that can be purchased safely throughout the world.

At K.Rosengart we pride ourselves on offering 100% natural diamonds from ethically sourced mining processes. By sourcing diamonds through miners and operations that follow the Kimberley process, our team can feel assured that we are providing the best quality stones in a sustainable fashion. As trends shift K. Rosengart works as your in-house diamond expert, download our webinar regarding the future of diamonds today.