As consumers and retailers stress about lab grown diamonds impacting the natural diamond market, detection machines are becoming more and more accessible.  However, skepticism remains an issue in maintaining consumer confidence as advocates for synthetics continue to push their messages and products into the market, further threatening the authenticity and meaning behind naturally mined diamonds. 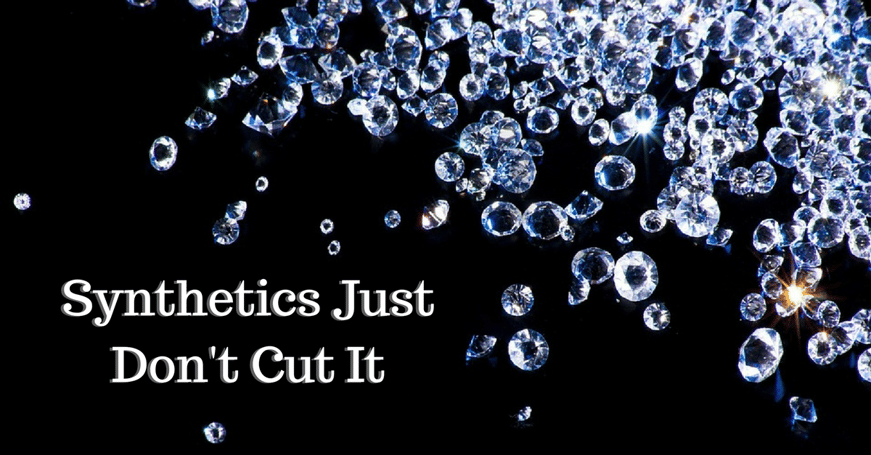 It’s the Journey, Not the Destination

Regardless of the fact that synthetics are structurally identical to naturally mined stones, it’s the incredible and romantic story of how diamonds are formed that bring meaning to these brilliant stones.  It’s not the simple arrangement of carbon atoms that give diamonds their meaning.  Instead, it’s the long, treacherous journey that creates their beauty.  They represent nature’s romanticism and are much more than just crystalized carbon atoms.

Looking at the other side of the argument, companies who manufacture synthetics continue to threaten the natural-diamond markets with claims that lab-grown diamonds are more ethically sourced than naturals.  While conflict diamonds are an unfortunate issue in the market, the proper steps have been taken to eradicate them from the market.

In fact, Praveenshankar Pandya, Chairman of India’s Gem & Jewelry Export Promotion Council (GJEPC) states that “Natural diamonds are a much greener product” as they “support millions of jobs and livelihoods”.

There Needs to be a Distinction

You’re a jewelry store owner and a customer comes in and is browsing your selection.  They ask to take a closer look at a piece that interests them, and it’s a piece with a synthetic stone at the center of it.  After examining it, they ask “Is this diamond real?”.

What happens now?  After all, naturally mined stones and synthetic diamonds are chemically and structurally identical.  But is it a real diamond?

According to Jean-Marc Lieberherr of the Diamond Producers Association (DPA), a block of carbon is only a real diamond if it was formed underground.  The International Organization for Standardization (ISO) supports this notion as well by defining a diamond as being “created by nature”.

This means synthetics must be prefaced with a term such as “synthetic” or “lab grown” to ascertain the distinction between the two types of diamonds.  To convey this to consumers, some will include “natural” or “naturally-mined” before diamonds to explain that they’re offering natural stones.  Even though it might seem redundant, it’s important to speak the language that consumers will identify with so they can shop with confidence.

So what does this mean for you?  How will the expanding synthetic diamond market impact your business?  There’s a growing awareness that you need to be wary of embracing the synthetic market.  Don’t test the water’s depth with both feet.

Lieberherr states, “If you decide to invest in synthetic diamonds, it shouldn’t impact your high-value natural diamond business.”

Even though synthetics provide a less expensive option for consumers, 61% of retailers state they’ll absolutely not sell synthetics over the next 12 months.  When you include those who were “not likely” to sell them, you get a large majority.

So why are retailers hesitant about synthetics?  In an industry where reputation, quality, and service are of the utmost importance, 45% say selling synthetics would be detrimental to their reputation.  Not only this, but 36% state a lack of consumer interest.  If you want to maintain your brand as one that consistently provides a great customer experience, you’ll be hesitant to dive head first into the synthetic diamond market.