Why 2018 Was the Year of Synthetics

Manufactured diamonds still trail natural diamonds in value. Nevertheless, there's no denying that these lab grown varieties have made some headway in the industry. It's important to understand just why and how synthetic diamonds are finding use – especially as melee stones. The shifting balance between natural and synthetic stones was the biggest story of 2018. 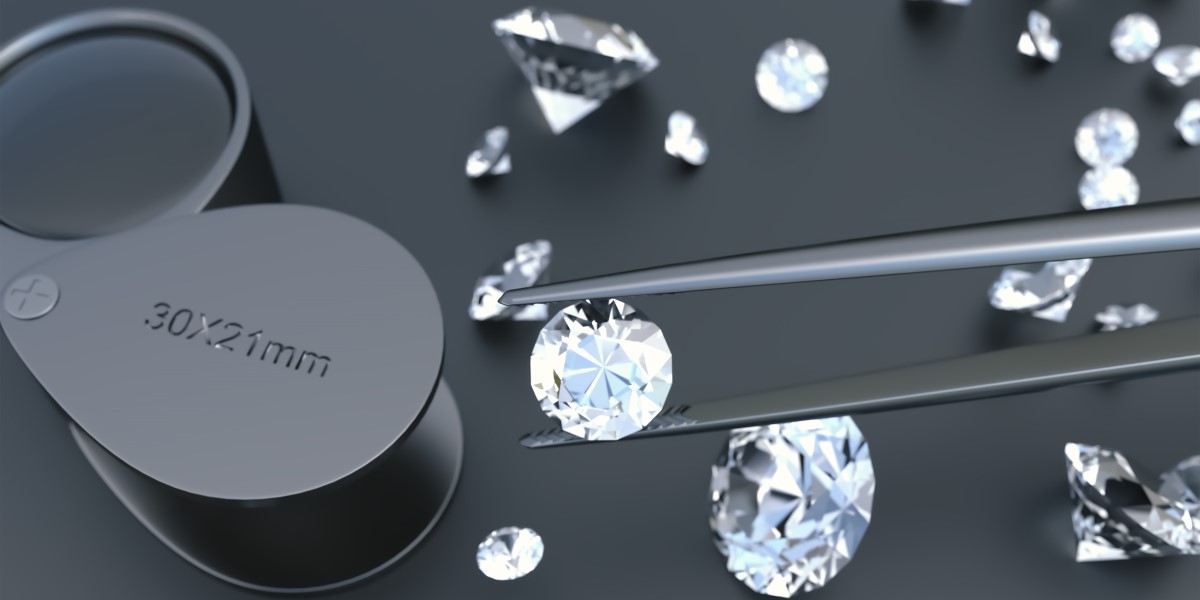 There's still a wide disparity between manufactured diamonds and natural in terms of sheer volume. 500,000 carats of synthetics are sold every year. That compares to 125 million carats of natural diamonds. Yet as natural diamonds increase in value, their less expensive counterparts are finding a useful niche in the industry.

Understand that most manufactured diamonds are still finding their greatest use in industrial and scientific purposes. These are, of course, diamonds that would never be seen in jewelry. What of the gem quality synthetic stones, then?

2. Disagreement on Definitions of “Diamond”

To start, the Federal Trade Commission declared that manufactured diamonds are diamonds. On July 25, the FTC came to this decision in a 161-page report, and they stopped using the word “natural” to describe diamonds. For their purposes, natural diamonds are no longer the only type of diamond available.

This behind-the-scenes step doesn't change much for marketers. Suppliers of synthetics will doubtlessly take advantage of the change in nomenclature, but consumers will still expect a diamond's sourcing to be disclosed. If it's synthetic, it must be clear to consumers. Maybe it's a first step toward erasing the gap between natural stones and lab-grown. For now, it's simply an isolated step.

The World Jewellery Confederation decided against changing its own definitions, at least for the moment. The definition used by the International Organization for Standardization also remains unchanged. And of course the “Diamond Terminology Guideline” published by a group of nine natural-diamond organizations maintains the separation between natural and man-made diamonds.

It made news in August when the Gemological Institute of America analyzed a melee parcel that contained only one natural stone out of 1,102. The GIA's discovery went far past the point of “salting,” the process by which fraudulent suppliers increase the size of a parcel by including manufactured diamonds among a number of natural melee stones.

In this case, the GIA found that 1,092 of the diamonds in the melee parcel were synthetic, that nine didn't qualify for examination, and that only one was a natural stone. The synthetics had been created using a technique called High Pressure-High Temperature (HPHT). It set the record for percentage of undisclosed synthetic melee in a parcel.

This story highlights the need for advanced testing of melee stones. K. Rosengart's Melee Diamond Analysis Service is an indispensable way to get the full range of information on a melee parcel. One reason the melee parcel in question may have had so many undisclosed synthetics is that the makers might have imagined they could avoid lighter testing. The synthetics had no detectable nickel, a catalyst that's often used in HPHT and which lighter testing can use as an indicator for fraud.

This is why suppliers like K. Rosengart rely on advanced testing to ensure quality and transparency for retailers. These days, everyone should know all the details of any melee parcel. Purchasers should only rely on suppliers who readily use this level of testing.

The GIA also spotted another rarity in August. A green diamond that had been glued back together. Unfortunately, the GIA doesn't award any grade for creativity. When examined, the diamond revealed a gap running from the stone's crown to the pavilion. Where the stone had been glued back together, there was a telltale misalignment and air bubbles that revealed the fracture.

The diamond couldn't be graded, since the 4 C's don't apply in this situation. Any carat weight would have involved both halves as well as the adhesive, so this was a non-starter. Though a rare circumstance, this is yet another reason why it's so important to rely on GIA analysis.

5. A Threat to Transparency

De Beers is responsible for 42% of the world's legitimate diamond production. When it blurs the line between manufactured diamonds and natural stones, it makes news. The De Beers Group has decided clients cannot disclose the legitimacy of diamonds.

This risks being a short-sighted solution at a time when customers expect more transparency than ever. The rebound in diamonds' value and sales has a great deal to do with the transparency of sourcing. It ensures that customers can feel safe they aren't contributing to suffering halfway around the world when they make a purchase. To obscure this assurance not only calls into question moral responsibilities, it also risks a legitimate customer backlash that the industry had finally put behind itself by employing greater transparency.

6. Pushing Boundaries on Natural vs. Synthetic

De Beers also revealed the focus of its Lightbox line. The line focuses on a colorful variety of stones and should see great success. What this does to the diamond industry is anyone's guess. Lightbox is an exciting product line, but its lab-grown diamonds won't come with grading reports.

This can be seen as an attempt to further blur the line between natural and synthetic stones, as well as removing some of the transparency customers enjoy when boasting about their jewelry. It's a shift in norms, which likely contains some good and bad aspects alike. Lightbox could be a small and eventually meaningless step in erasing the line between natural and synthetic stones. With De Beers' weight behind it, it could also be a powerful salvo in changing consumer expectations when it comes to diamonds. Which it is remains to be seen.