The Truth About Lab-Grown Diamonds

What are the differences between natural diamonds and laboratory diamonds? Do lab grown diamonds formed in weeks hold a candle to their natural cousins that have taken millions of years to be here? Man grown diamonds are a recent invention and the amount of information out there about them is lacking. Let's consider the truth about how artificial diamonds stack up to natural ones. 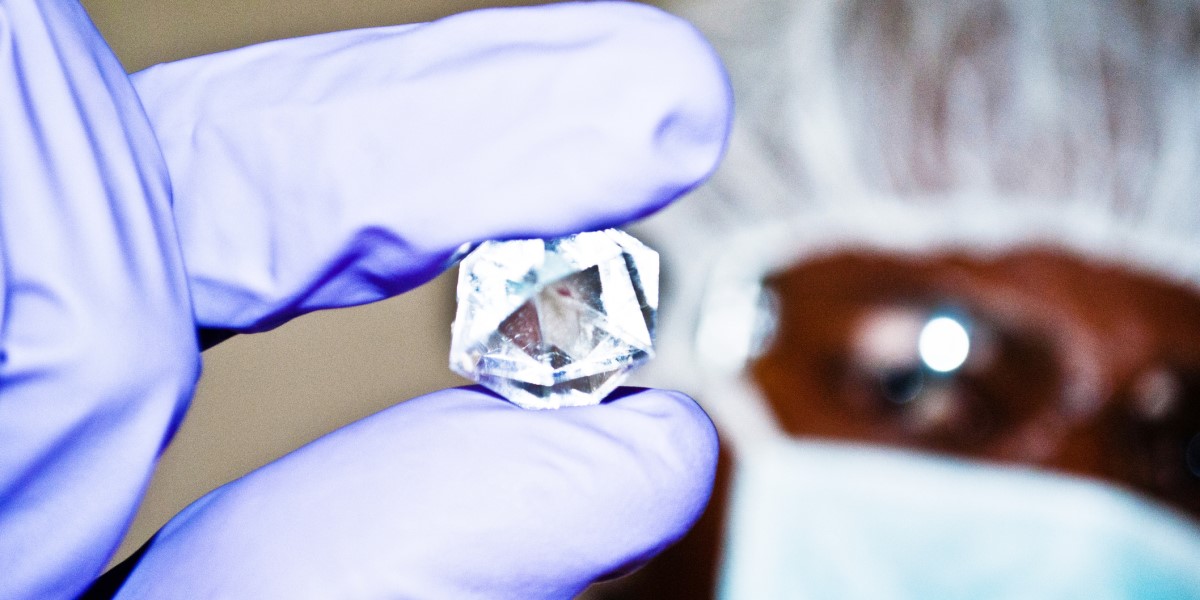 That's about where the similarities stop. The two aren't the same in a number of ways that truly matter. Laboratory diamonds take about 2-3 weeks to produce. The two methods of production used are called High pressure High Temperature (HPHT) and Chemical Vapor Deposition (CVD). As with anything factory-produced, there are marks of commonality related to the production process.

These distortions are very different from the natural inclusions that make real diamonds so beautiful. Even color treating only corrects these problems to an extent. Experts are able to tell the difference between most lab grown diamonds and real ones with the right instruments.

Diamonds that flourish with color do so because of impurities that have fused into the diamond over millions of years. Beautiful blue diamonds can range from the color of a sea before dusk to the pale blue of a morning sky. They do this because of boron impurities. The more boron in the diamond, the bluer it is.

Green diamonds can be caused by a range of factors. Nitrogen, hydrogen, and nickel can all influence different shades of green in a diamond, as can exposure to radiation. This doesn't make the diamond itself radioactive – instead it changes the internal structure of the diamond as it forms in unique ways.Can't these things be replicated in a lab? Sure, but not in the complex way that the earth does it over millions of years. If absorption and structural composition are changing year by year over millions of years of formation, the same complexity can't be replicated over 2-3 weeks of production. The natural artistry present in fancy-color diamonds is lacking in the laboratory versions.

The plummeting price of man grown diamonds may seem appealing. You can get a diamond for less, right? Yet the price of natural diamonds has held steady for a very long time. If you purchase a lab grown diamond, you can expect what you've purchased to be worth significantly less in future years. Lab grown diamonds have lost 30% of their value over the last three years.

Luxury items are supposed to appreciate in value over time, not depreciate considerably. When you purchase a natural diamond, you can expect the value to remain reliably high. That is not the case with man grown diamonds.

Sellers of laboratory diamonds sometimes advertise their carbon emissions as an advantage of production. Yet this assumes an HPHT method in an ideal situation where 100% renewable energy is used. This is not the situation that represents the bulk of synthetic diamond production.

When CVD methods are used in primary producers such as China, India, and Singapore, the carbon emissions of laboratory production exceed that of natural diamonds by 40%. That's an incredible swell in carbon emissions per carat.

By now, any diamond retailer is going to be able to evidence the ethical sourcing of their diamonds. They'll be able to cite and prove the effort and redundancies that have gone into ensuring their diamonds aren't conflict-related.

Diamond factories abroad have neither had the same level of scrutiny nor demand for evidence to back up that their product is ecologically responsible or that their production itself is transparent enough to ensure workers' rights.

The natural diamond industry was, and is, rightfully held to a high standard. That means something. The artificial diamond industry has not had to face that level of scrutiny and it hasn't started on the path toward that higher expectation of transparency.

According to a poll by Harris, 68% of US consumers don't think man grown diamonds are real diamonds. Only 16% do. (This leaves 16% undecided.) People simply don't buy the idea that synthetic diamonds qualify as real diamonds.

They're produced in a lab with little transparency, they retain defects that have to be color treated to correct, and they lack the millions of years of natural growth that creates the most beautiful and transfixing diamonds in their complexity.

The Journey Into Your Hands Matters

A diamond is a symbol. Diamond rings and jewelry are given between people who love each other or self-purchased as a choice to make you feel good. These stones hold incredible emotional weight.

A diamond that has grown uniquely different from all other diamonds in the world, that can take a journey of hundreds of millions of years, held beneath the earth's crust until it wells up and is discovered, then considered and artfully cut by an artist with a mind toward respecting the work the earth has already done, that makes it after millions of years to you...that's a symbol millions of years in the making. That symbol has strength and depth.

A diamond grown in a lab over three weeks and then color treated to correct defects is...something without a story. As a symbol, it's empty. This is a big part of the reason that so many people don't consider laboratory diamonds to be real, while they still treasure and admire natural diamonds.