How Does De Beers Control the Diamond Market?

De Beers, founded in 1888, specializes in diamond exploration, mining, trading, retail, and industrial diamond manufacturing. At its peak, the international juggernaut owned 85% of the market. As recently as the 1990s, it dominated and controlled the industry - and by any means necessary. But as much as De Beers has become synonymous with diamonds (“A Diamond Is Forever”), they are as much a marketing machine. Through strategic campaigns, and underhanded business practices, they controlled supply, demand, and pricing with an iron fist. 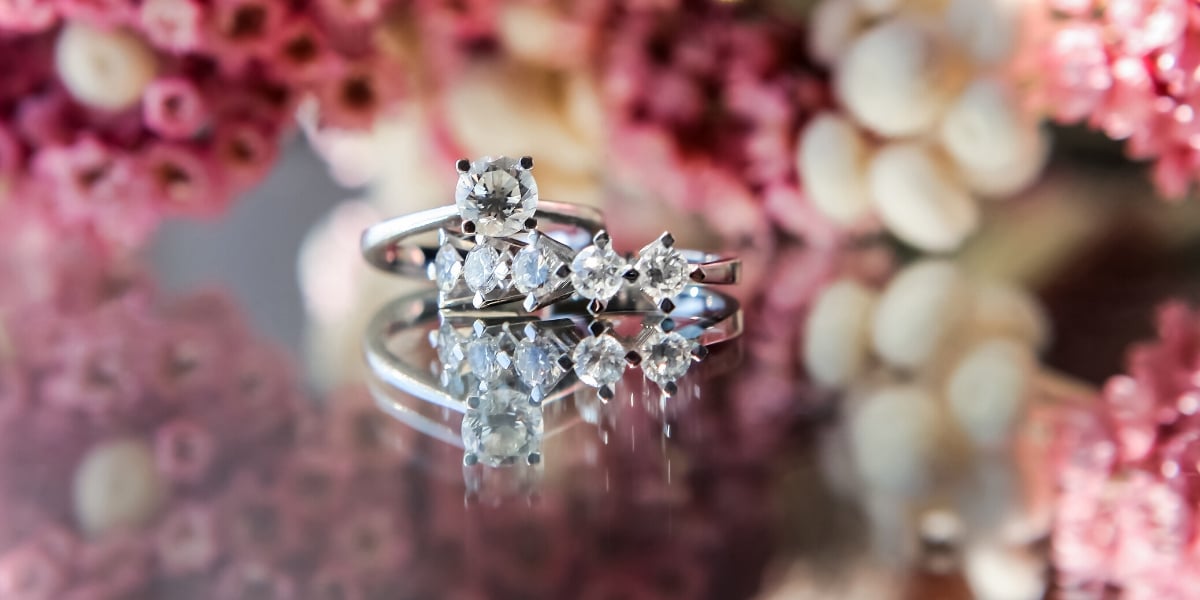 De Beers faced a two-fold challenge when it sought to establish a profitable international diamond market: one, people don’t need diamonds, and two, they are not all that scarce. Painite, Alexandrite, Jadeite, Red Beryl, Black Opal, and Taaffeite, for example, are much more rare.

De Beers sought to “invent” the diamond. As Edward Jay Epstein writes in a 1982 Atlantic piece, they were behind the “creation of the idea that diamonds are rare and valuable, and are essential signs of esteem.”

Until the mid-20th century, very few people proposed with a diamond, and when they did, the stones were typically smaller and of lower quality. Today, 75 percent of American brides wears a diamond engagement ring, at an average cost of $4,000. What changed? Not the diamonds, of course! The perception of diamonds is what shifted, and this is due to De Beers exceptionally effective marketing.

A Diamond Is Forever

One brilliant tagline catapulted the diamond industry to prominence. After the Great Depression, during which demand for diamonds understandably died, De Beers was looking for a way to boost sales. Frances Gerety, a copywriter with NW Ayer, came up with “A Diamond Is Forever.” Four words changed everything.

Between 1939 and 1979, De Beers US wholesale diamond sales climbed from $23 million to $2.1 billion. Diamonds were now not just beautiful stones, formed over billions of years, they were symbols of romance, enduring love, and commitment (and, of course, the bigger the diamond, the greater the love).

The Dark Side of Diamonds

De Beers was able to create and stoke demand for their product; now, they had to control supply. The corporation touches everything along the diamond supply chain, from mining to distribution - and in their heyday, they did so with ruthless precision.

The vast majority of diamonds mined were sold to De Beers; they then sold them 10 times a year at “sights.” Between 125 -250 select “sightholders” (i.e., rough diamond buyers) were invited to Central Selling Organization (CSO), which was their distribution channel. De Beers was able to control not only who was allowed to buy, but how much. They could determine how many diamonds they wanted to sell, and they set the price.

Sightholders were kept in line by De Beers: they had to operate under rigid rules. For example, they were not allowed to negotiate prices or terms, they could not sell to retailers who would lower the prices, and they could only accept or reject boxes. De Beers went even further and demanded information about the market and the buyers’ inventories, and reserved the right to audit them. Sightholders either agreed or were effectively shut out of the market.

Zaire (one of the largest diamond producers in the world), for example, was not satisfied with De Beer’s CSO conditions and sought to sell on the industrial diamond market. De Beers retaliated by flooding the market with similar diamonds at below-market prices. Zaire was forced to return to De Beers and ask to be let back in to the CSO. Graciously, De Beers accepted - under even more restrictive terms.

De Beers’ history is one of controlling supply and strategically holding back inventory if prices fell and charging higher prices to sightholders. If new suppliers came onto the scene, they released a flood of similar diamonds at lower prices (as was the case with Zaire).

The End of the De Beers Diamonds Controversy?

Beginning in the second half of the 20th century, several factors coalesced to chip away at De Beers’ supremacy. These include:

De Beers’ market share dropped from a high of 85 percent to about 37 percent currently.

Seeing an opportunity, the diamond giant entered into the world of synthetic diamonds in 2018 with the launch of their Lightbox collection. Now, the global corporation still makes a pretty penny from mined diamonds, so they are branding synthetics as perfect for “lighter moods,” and occasions like “birthdays and beach days and just because days.” In short, De Beers synthetic diamonds “lighten up life’s small moments.” You’ll still want a mined stone for your engagement and anniversary pieces, though.

While it remains to be seen whether this campaign will have even a fraction of the success as “A Diamond Is Forever,” there is another issue: the possibility of unintentionally purchasing synthetics. De Beers recently released a “Statement of Principles,” which details the rules that companies with lab-grown diamonds must adhere to if they want to use the sightholder logo. These include:

We find the issue of “segregation” to be particularly worrisome, especially when it comes to diamond melee. As a jeweler/retailer, you must have confidence in your purchase. You need to know - to a certainly - what you are buying. You customers demand the same from you.

With K. Rosengart, there is no chance of ever having synthetic inventory mixed into your mined diamond melee parcels. We only sell 100% natural diamonds. Not only do we refuse to carry any synthetics, we also test all of our diamonds with the M-Screening process and the Yehuda Sherlock Holmes Detector, both of which are on the DPA ASSURE Directory and have been proven effective.

Know what you’re buying. Know what you’re selling. De Beers has long controlled the diamond industry with practices that were questionable, to say the least. As an independent supplier who operates with the utmost integrity, K. Rosengart will deliver the natural diamonds you, and your customers, want.